Cloud  went to his first show June 18th 2011 in Palmetto Florida.  He won his 6 to 9 month class and Reserve Winners Dog!!  Not bad for the first time out!!
He continued to do well throughout his show career and then on June 15, 2013, Cloud received the final 1 point to  Finish

UPDATE AGAIN:  On October 17, 2015 Cloud obtained his Companion Dog Excellent Title and then in March and April 2016 he got his Rally Novice and Rally Advanced Title and in 2016, Cloud became a THERAPY DOG and visits Rehabs and nursing homes for HOSPICE
NOW 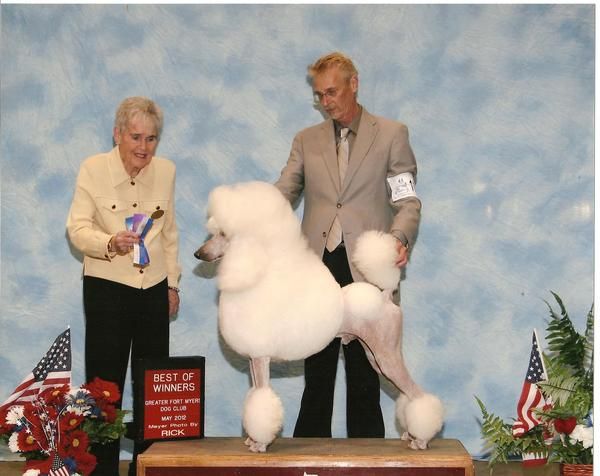